Falzarego pass in Belluno province in Italy with an altitude of 2,105 metres is a pass that connects Cortina d’Ampezzo with village Andráz on the other side. It is the perfect starting point for hiking Mount Lagazuoi (2835 metres), which is famous for many tunnels that were built in the First World War by Italian soldiers to improve logistics and provide better protection against opposite Austro-Hungarian troops. Today many tunnels are open and visitors can hike the majority of the mountain via tunnels. Falzarego Pass is also a great starting point for many other hikes. We first visited the pass on our first day in Cortina d’Ampezzo. Because we were already a little late to hike Mt. Lagazuoi, we started the hike in the opposite direction – we were trying to find lake Limides, but missed it – in summer months the lake dries out so we figured this must be the reason we couldn’t find it. Nevertheless we had a great hike with majestic views of the surrounding mountains, including Mt. Marmolada and Mt. Lagazuoi, which we were saving for the next day.

We reached Falzarego Pass from our hotel just outside the busiest streets of Cortina d’Ampezzo in only 20 minutes, where we dropped off our luggage (and spent the next two nights). While hiking, we only met a handful of people, the majority of the hike we were alone, only listening to the sounds of nature, our thoughts and each other. After a famous hike around Tre Cime di Lavaredo the previous day, this was exactly what we needed. 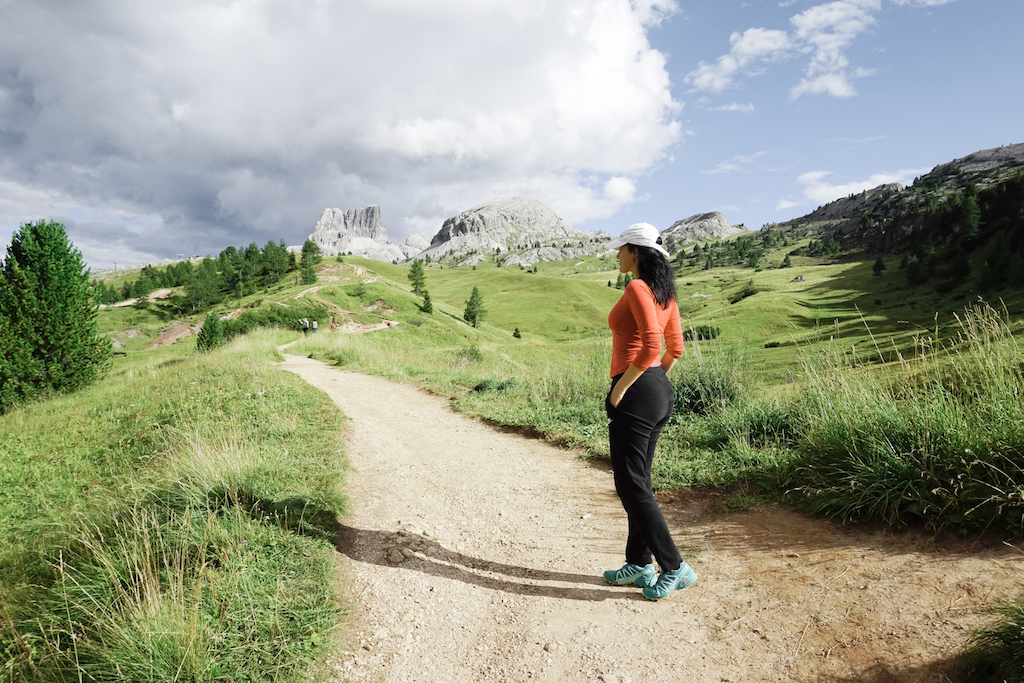 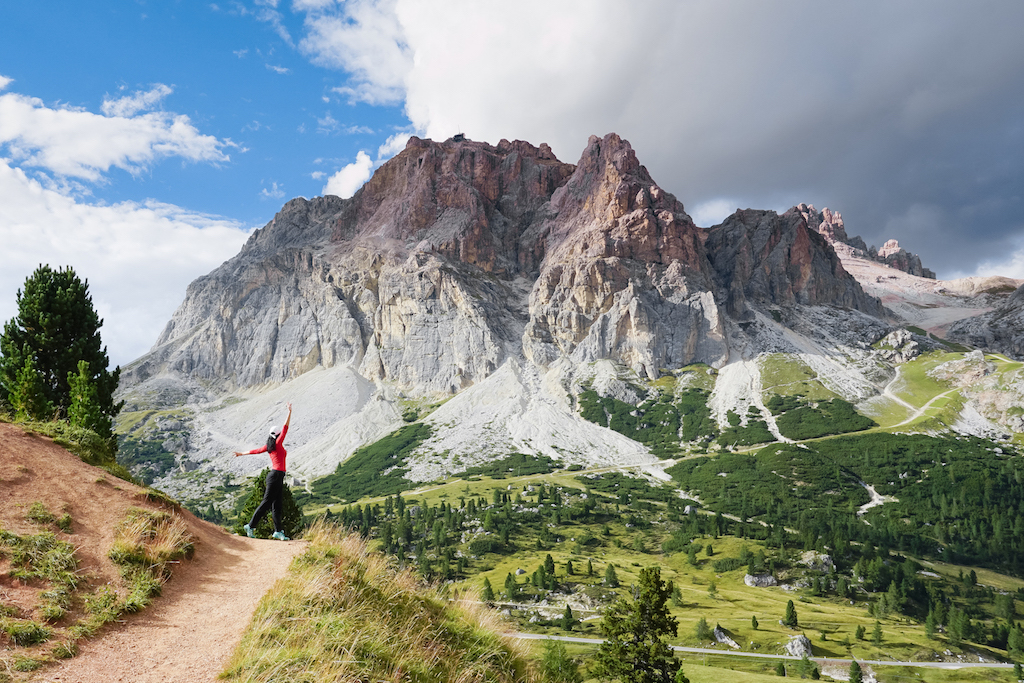 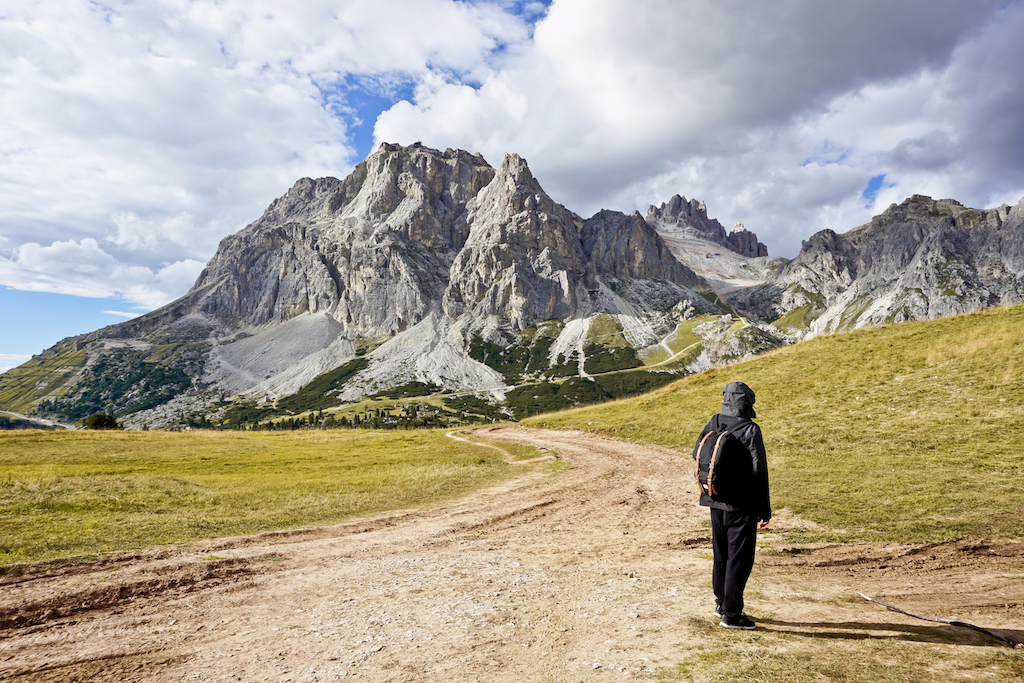 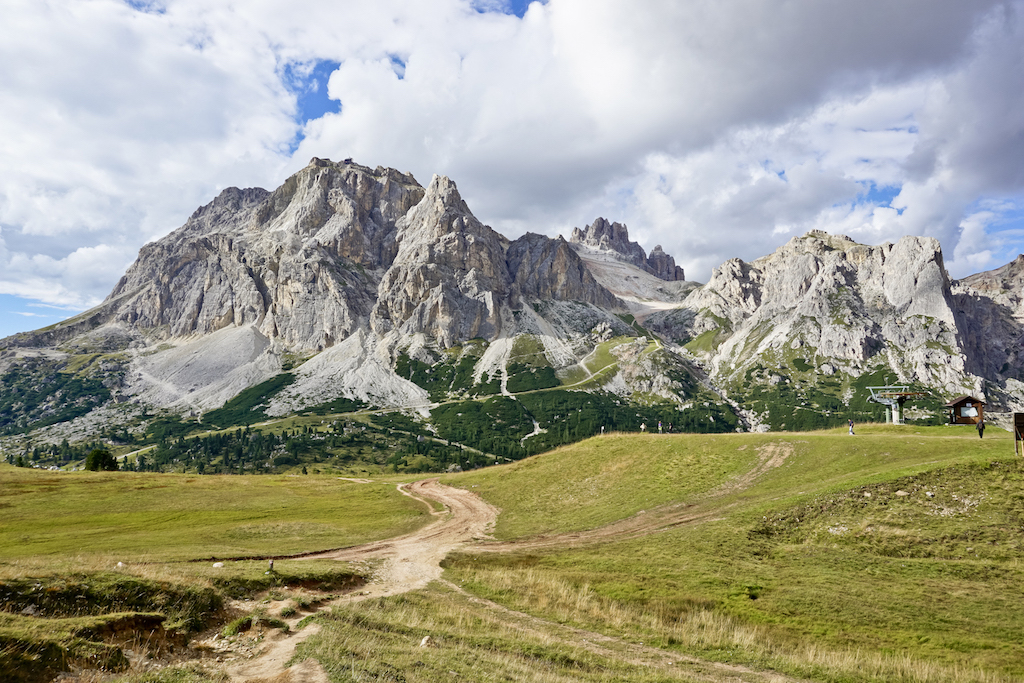 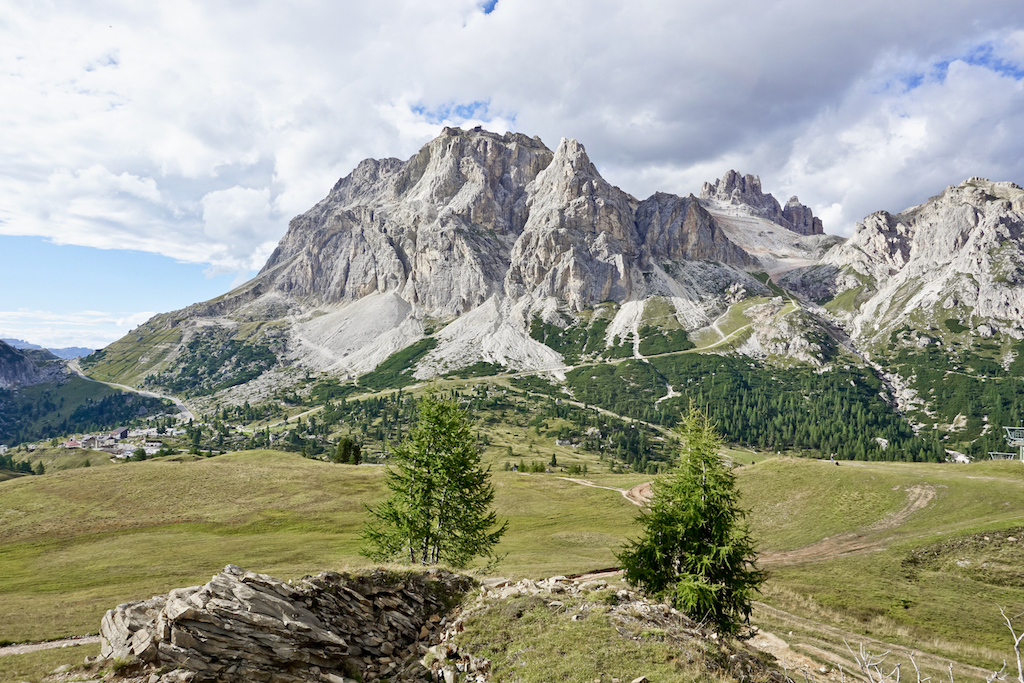 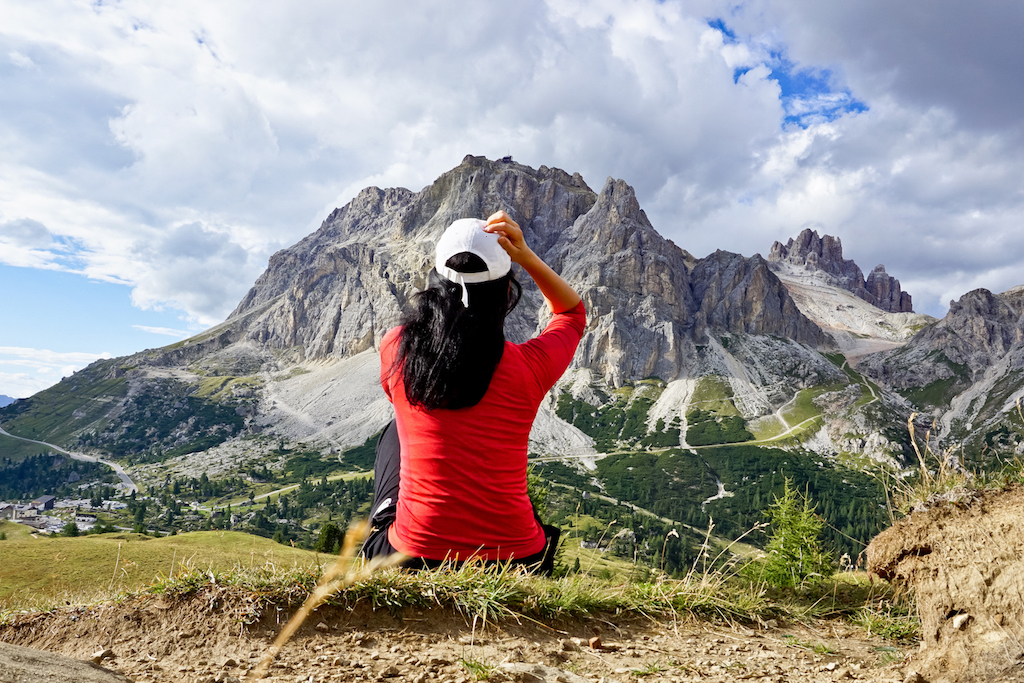 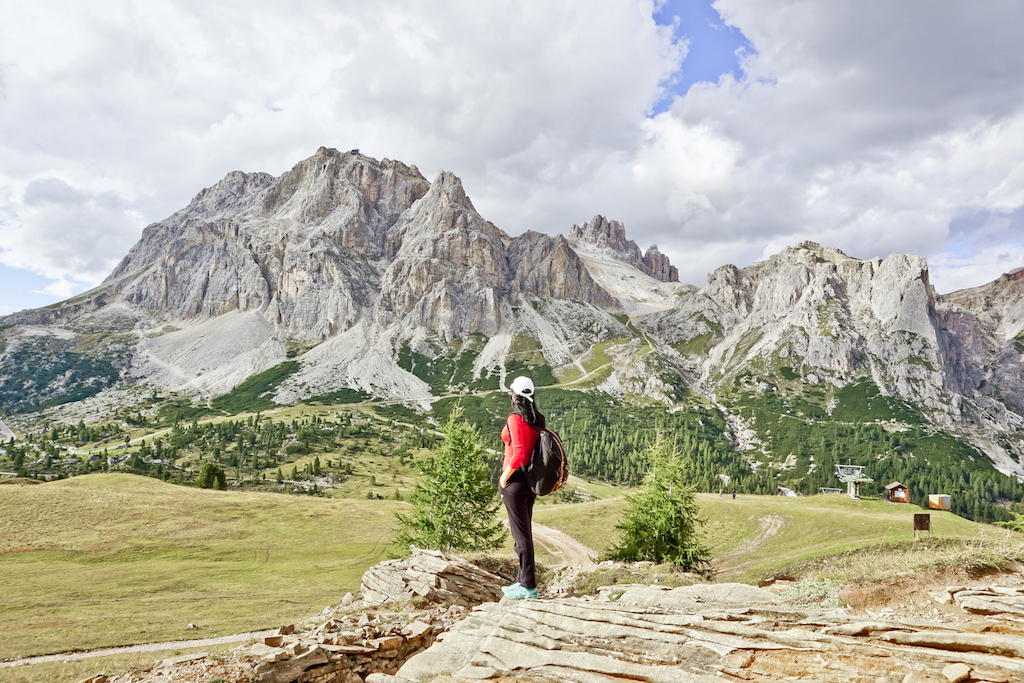 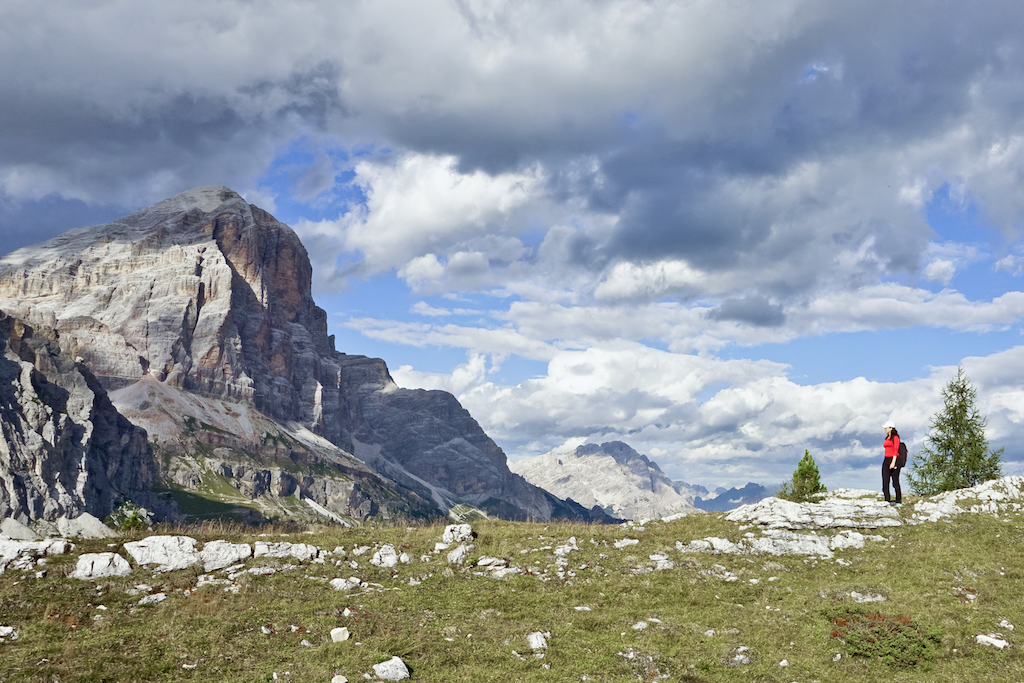 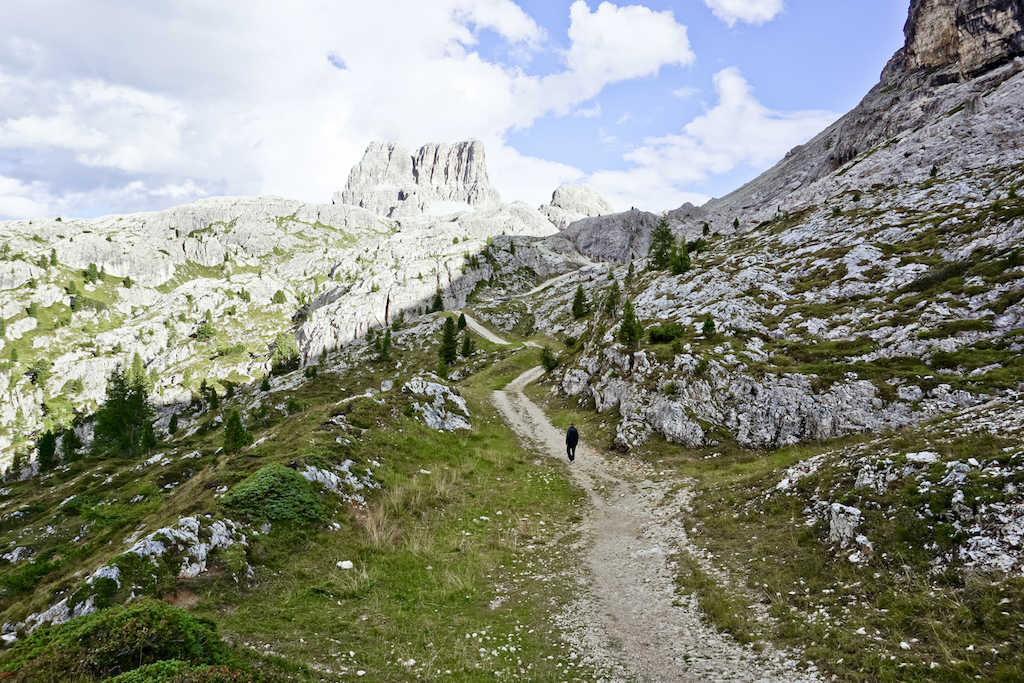 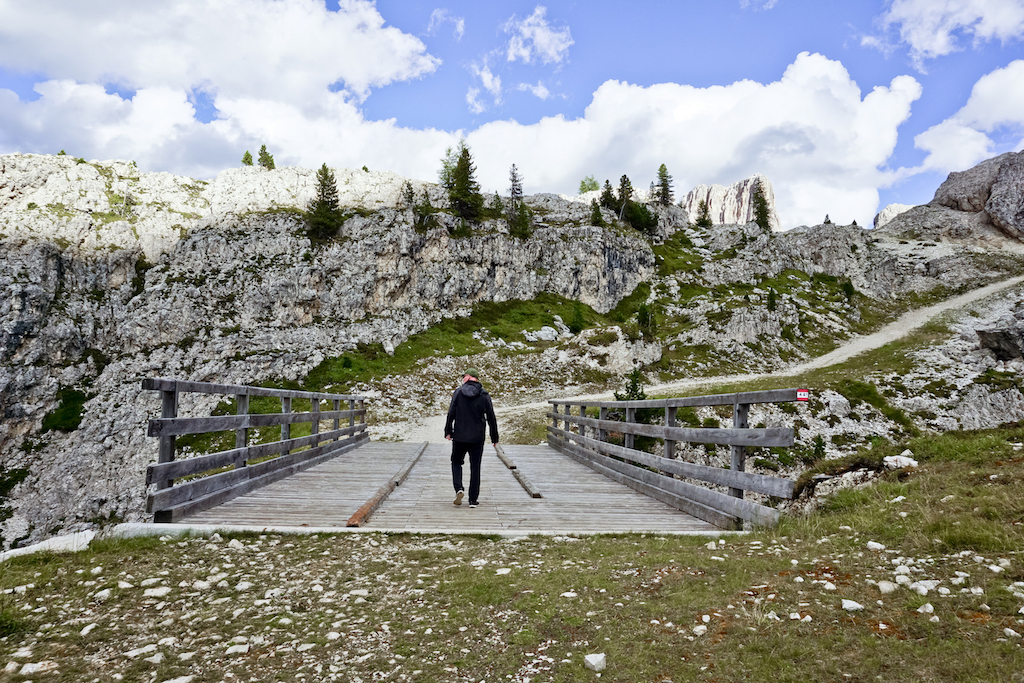 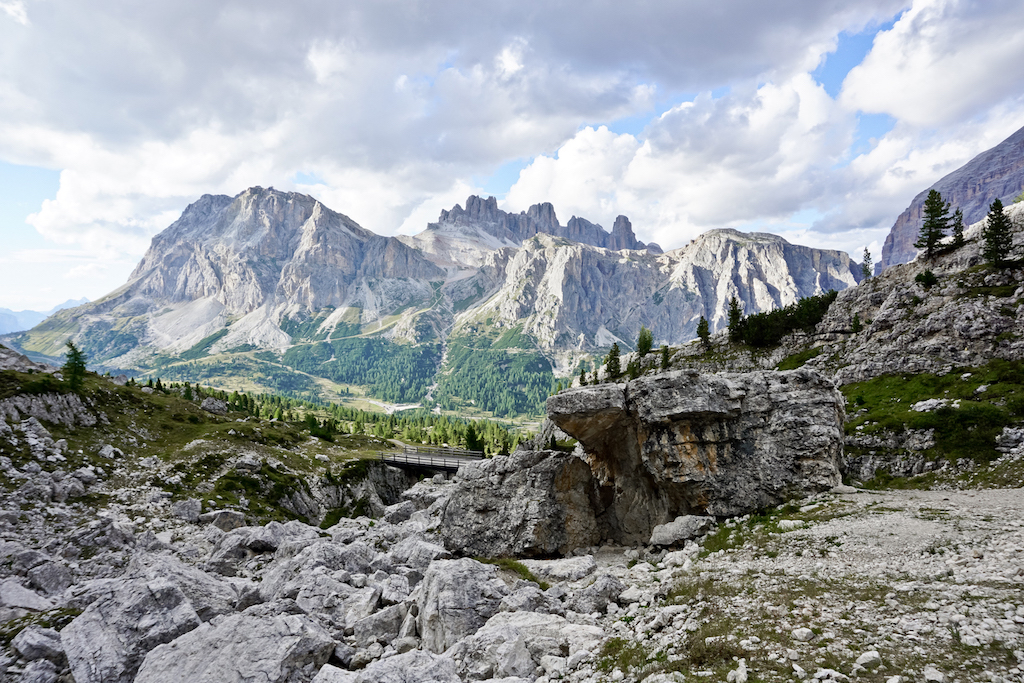 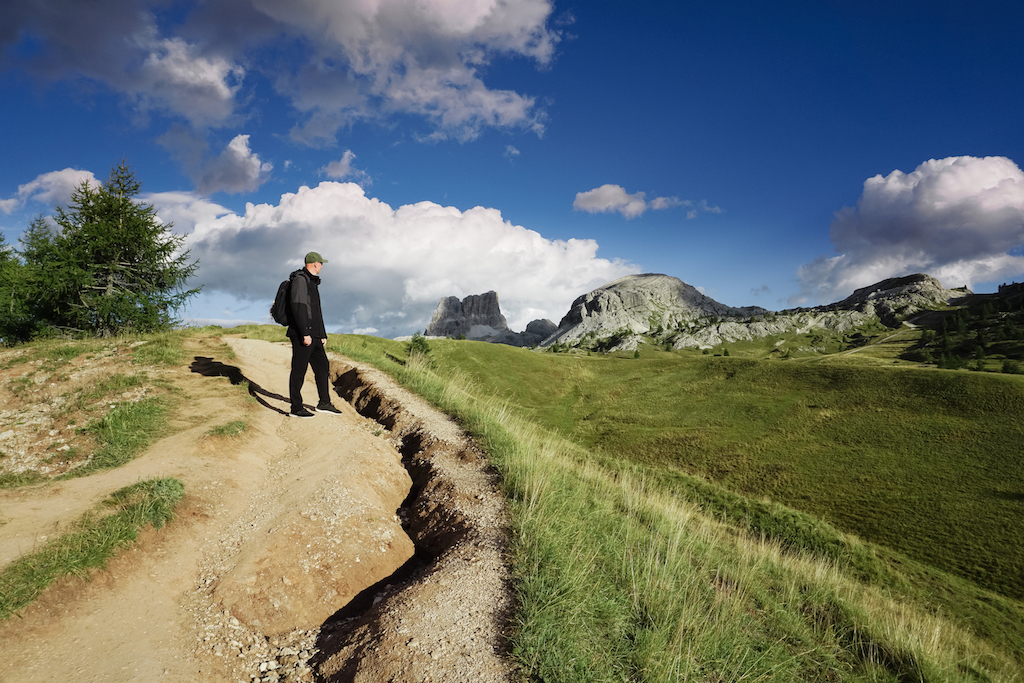