There’s something about these colourful cities – they amaze me every single time. Burano, Manarola (Cinque Terre), Positano are only a few of them. Lesser known and equally charming is a tiny island, off the coast of Naples, between Cape Miseno and the island of Ischia, called Procida. With its tiny satellite island called Vivara it is a part of the Campania region and it is the perfect destination for one day, half day or few hours long trip from Naples, because it still is a hidden gem – you won’t find many tourists there and you can still catch the real feel and taste of the life of locals.

You can reach Procida with a speedboat from Naples’ port called Molo Beverello in 35 minutes or you can catch a slower ride – with ferry from the port called Terminal Porta di Massa you will reach Procida in an hour. Schedules for both here in here.

Once arriving on Procida, you can catch a bus, taxi or take a walk to the other side of the island, where you’ll find the most amazing views. Both speedboat and ferry will drop you off at Procida Porto, from there you should follow the signs for Terra Murata. On your left you will see the most famous church on the island, called Santa Maria della Pietà and some little restaurants and shops. From here, the rest of the city climbs steeply upwards.  Following a narrow, steep one-way alley you will have to squeeze to the walls of the buildings every time a car or a (mini) bus rushes by. When you arrive to the highest point in the island, you’ll be rewarded with a wonderful view of the marina called Marina Corricella. As you go back down, go down the steep steps to the marina, have some Granito al Limone, or catch a bite in one of the restaurants, try to cool down and collect power to climb back up the steep stairs. Although this requires  quite some effort, especially in the hot summer sun, it is definitely worth it.

Accomodation: Eurostars Hotel Excelsior (booking/agoda) – this hotel is a real beauty, but I’m also recomending it because it is located close to the port (10 minut walk by the beach) from where you can grab a speedboat/ferry ride to Procida (also Ischia, Sorrento, Capri…) 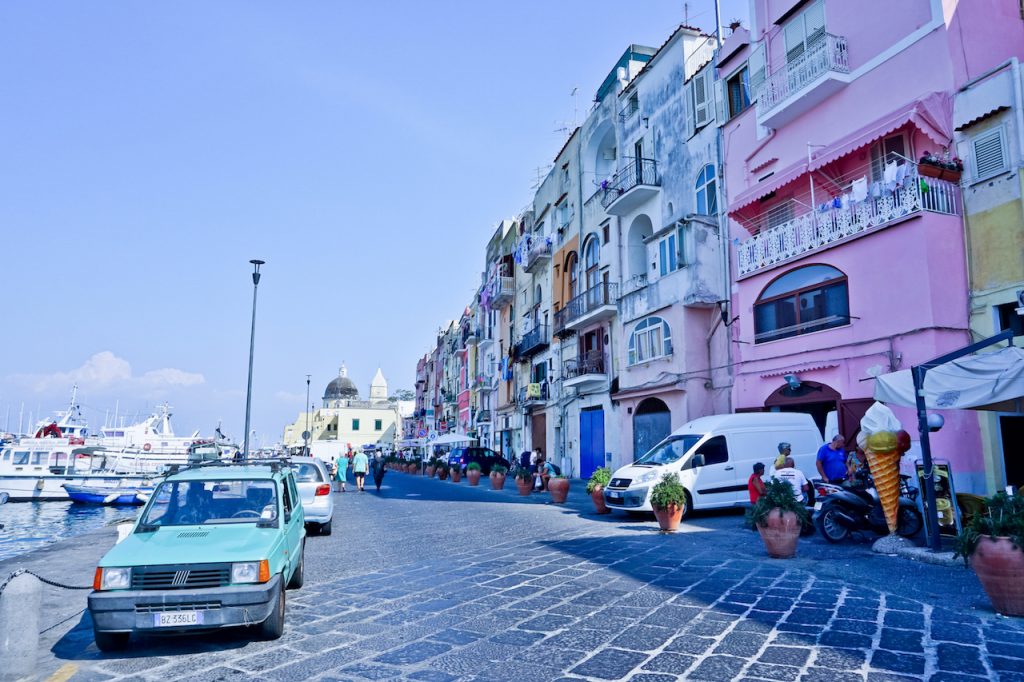 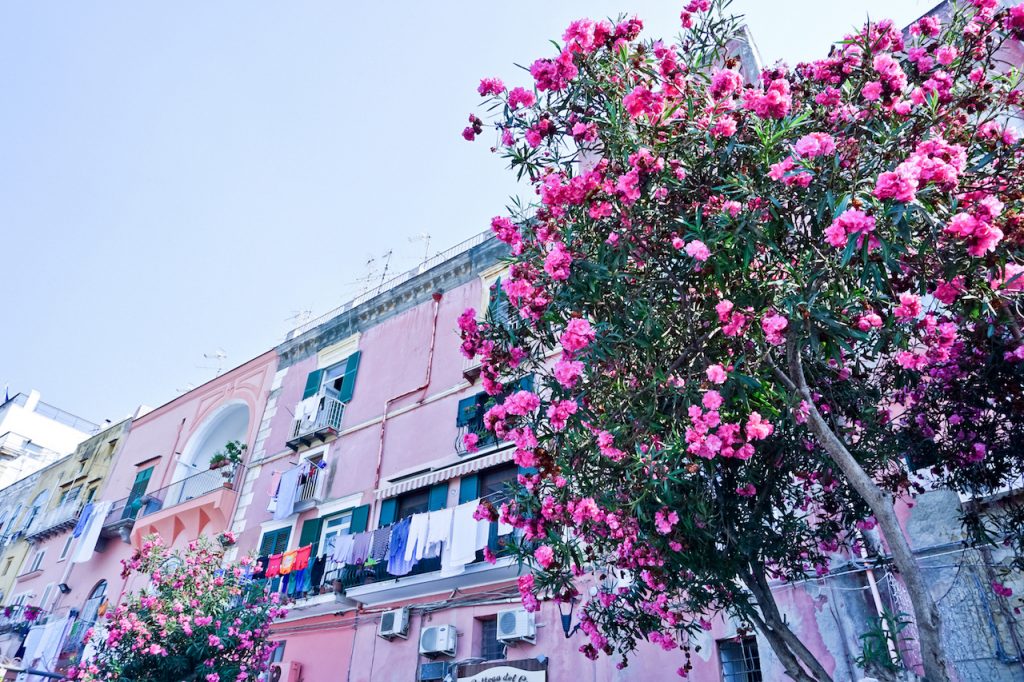 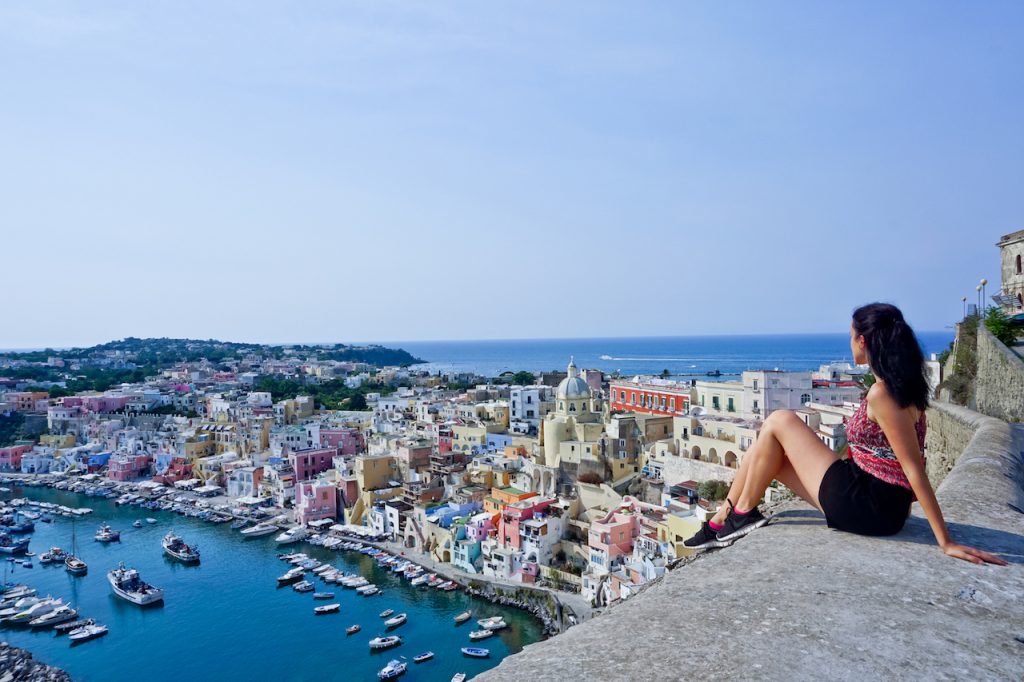 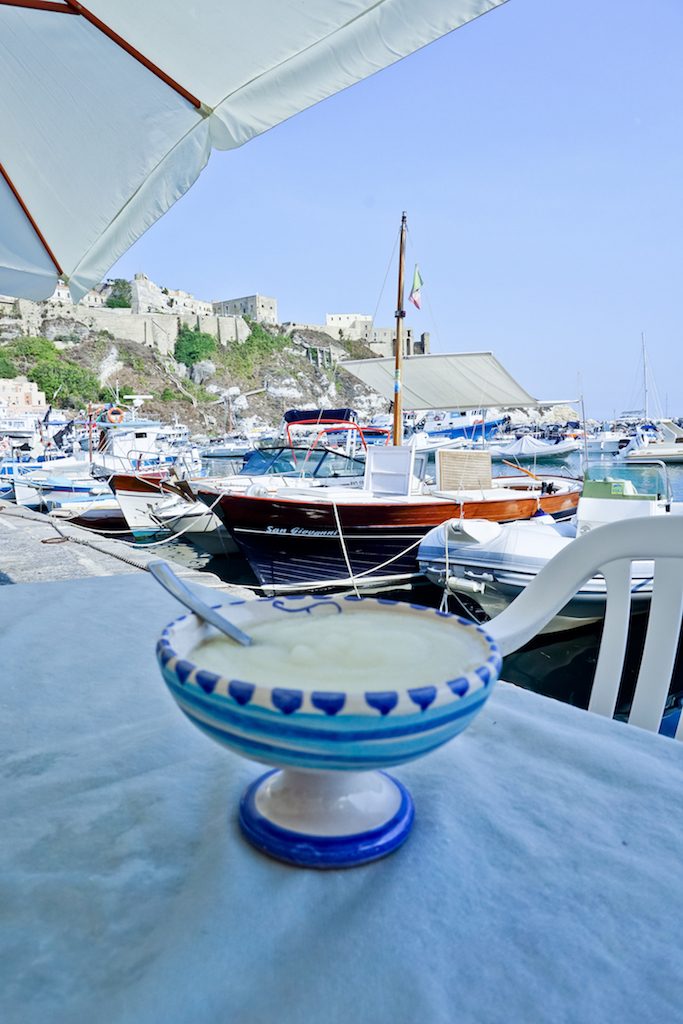 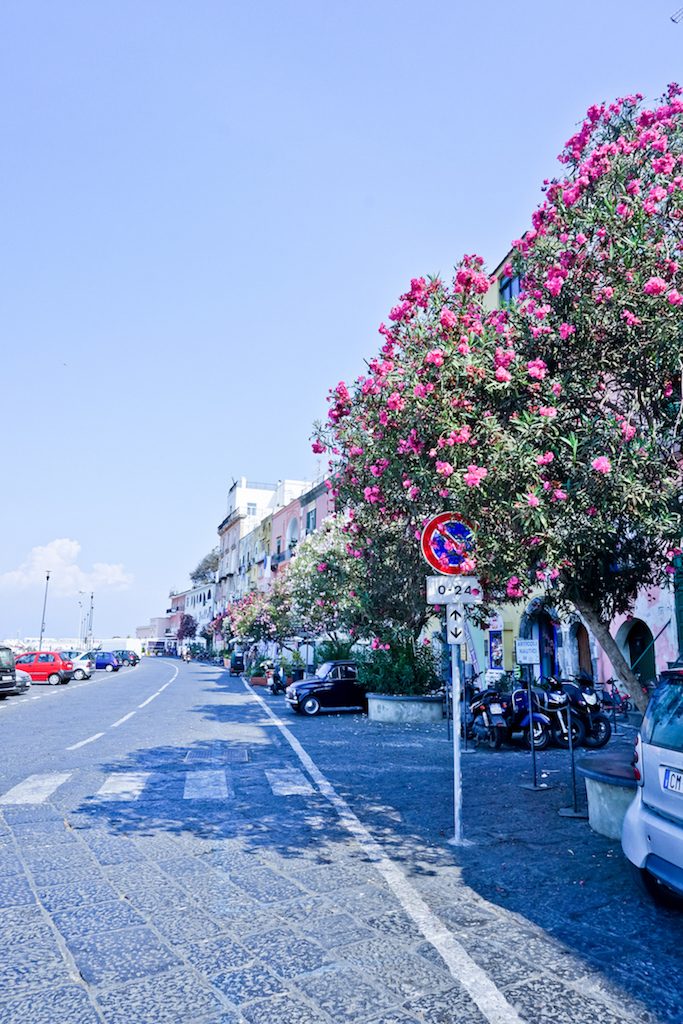 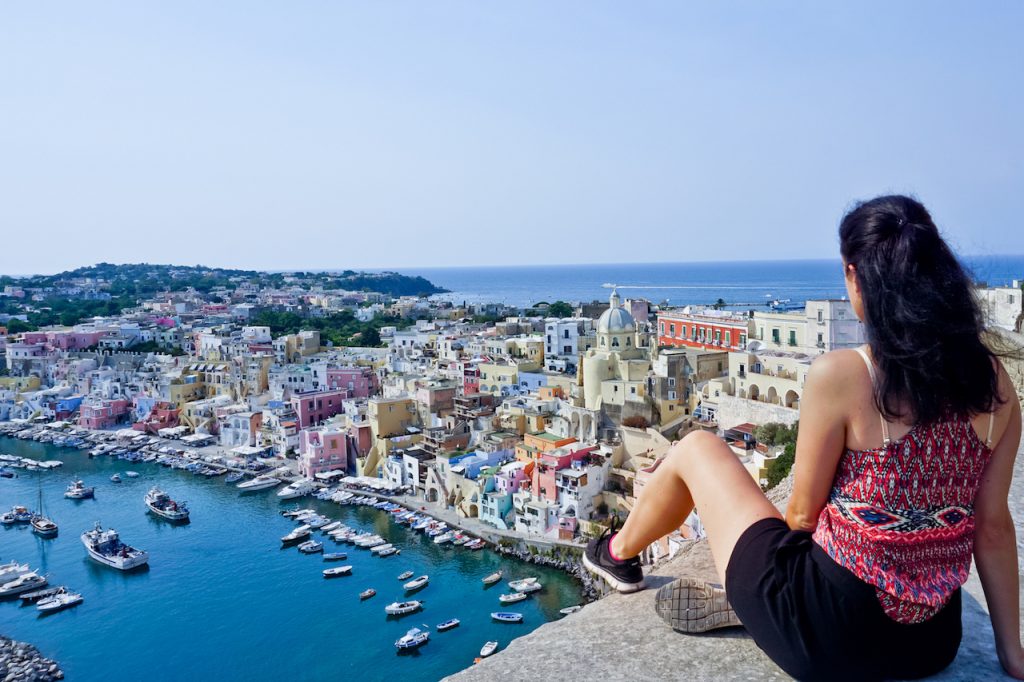 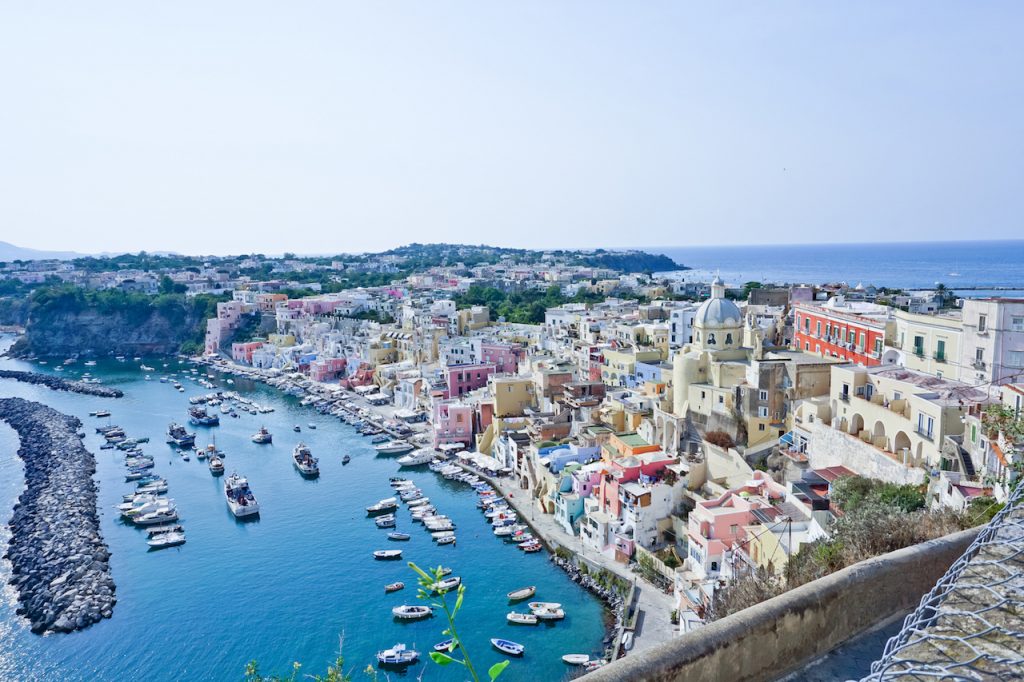 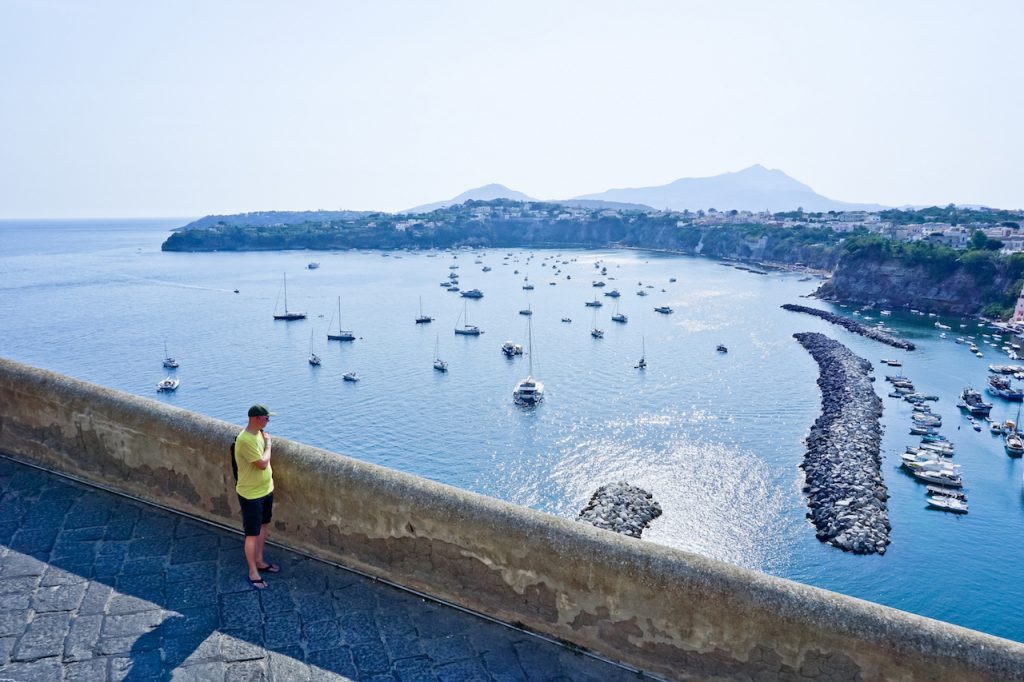 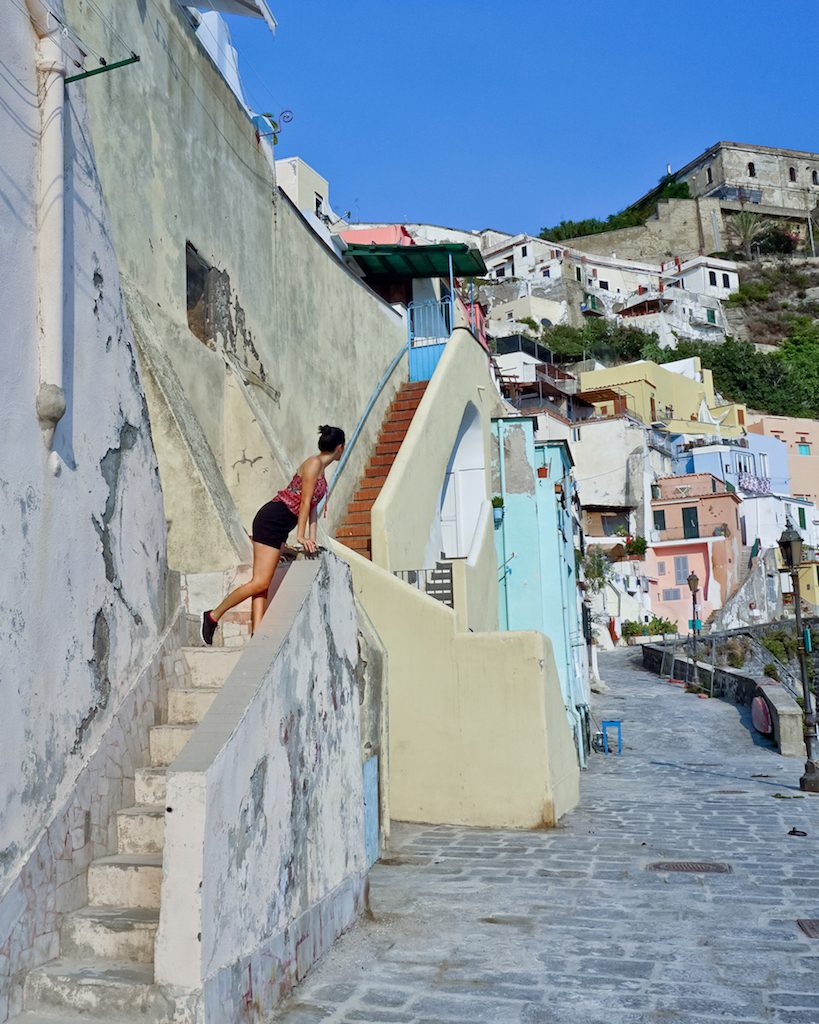 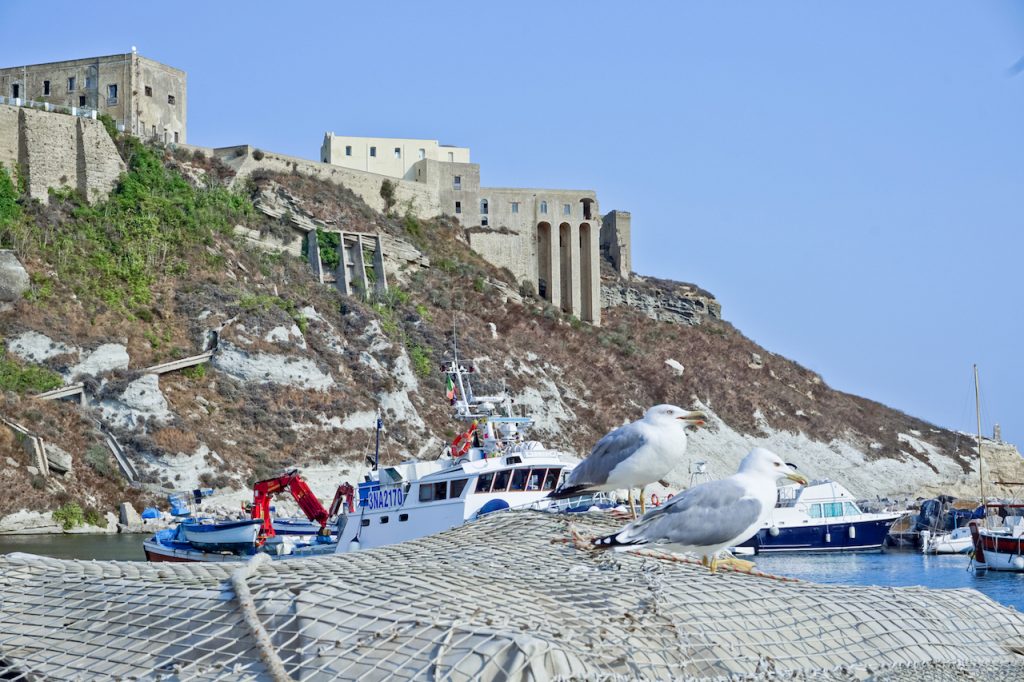 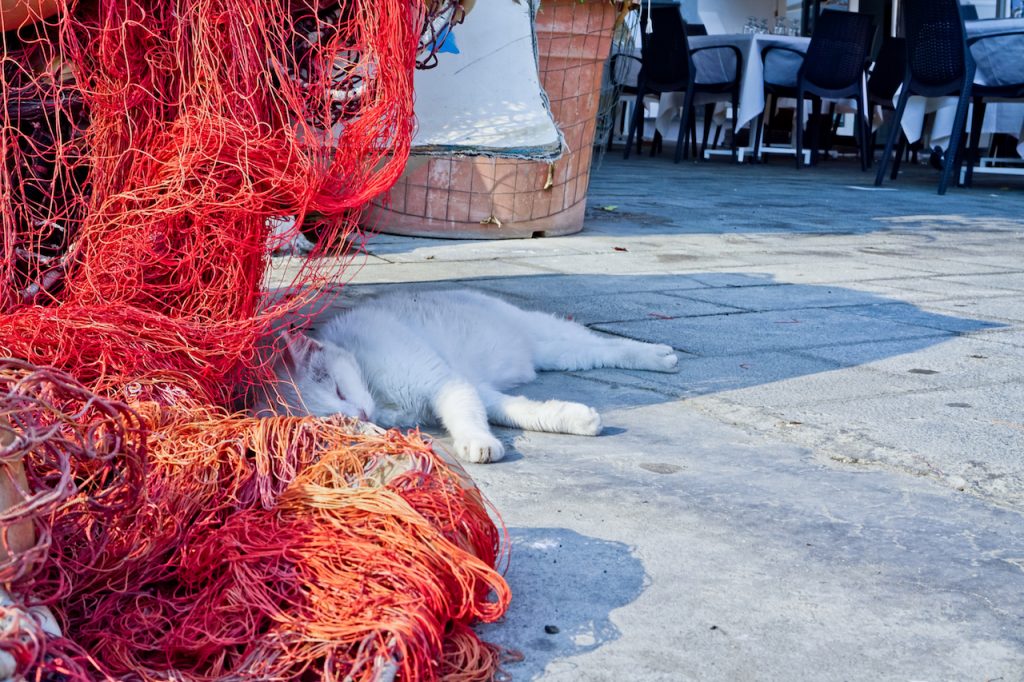 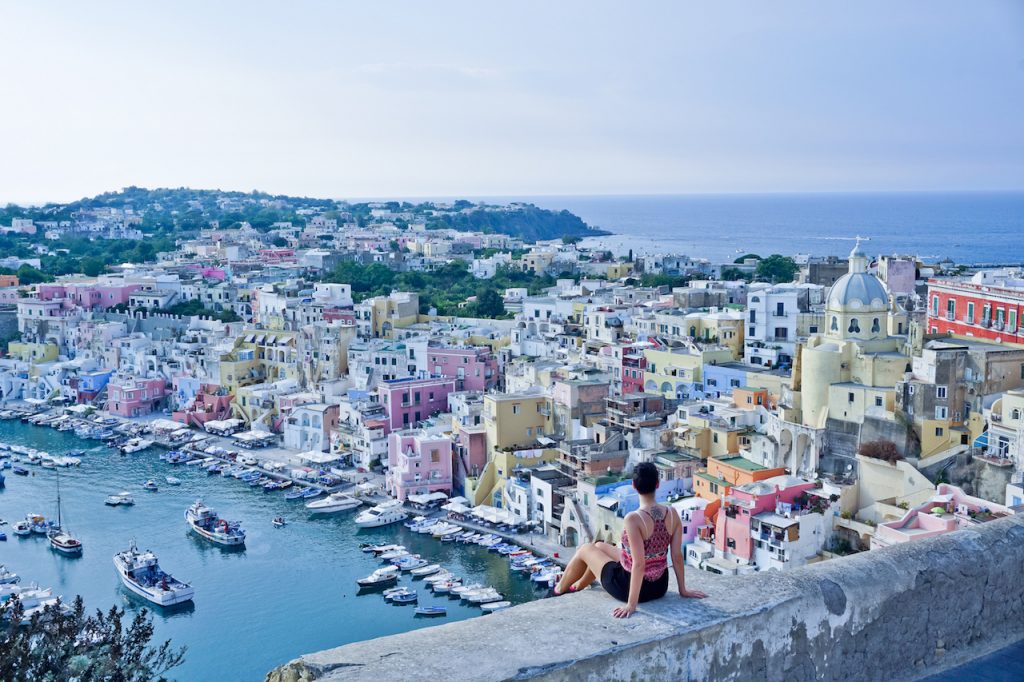