Swing it like you mean it
at Zen Hideaway in Bali

Out of comfort zone

Between our days in Kuta and Munduk, we spent one night in Ubud (we came back to Ubud for our last Bali days), where palms and other exotic trees grow as far as the eye can see. And then even further. Spending the night in one of the most desirable places on Airbnb in Bali was absolutely one of the most unusual and out of our comfort zone of all the things we did in Indonesia. We slept in truly unique villa which is supposed to be 150 years old, made of teak wood and arranged in Japanese wabi-sabi style and with a completely open design. With. A completely. Open. Design. This means that we slept in a house with no windows or doors, in the middle of the jungle, full of all kinds of bugs and insects, reptiles and other animals that come in all kinds of unimaginable shapes and sizes. In a completely raw contact with the nature. 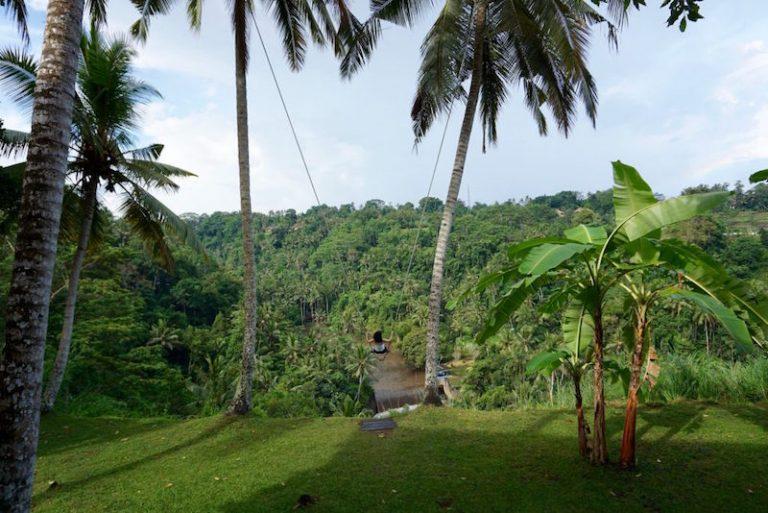 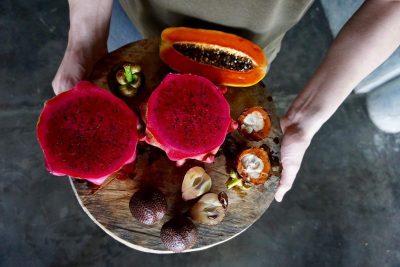 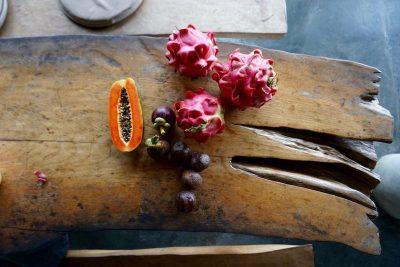 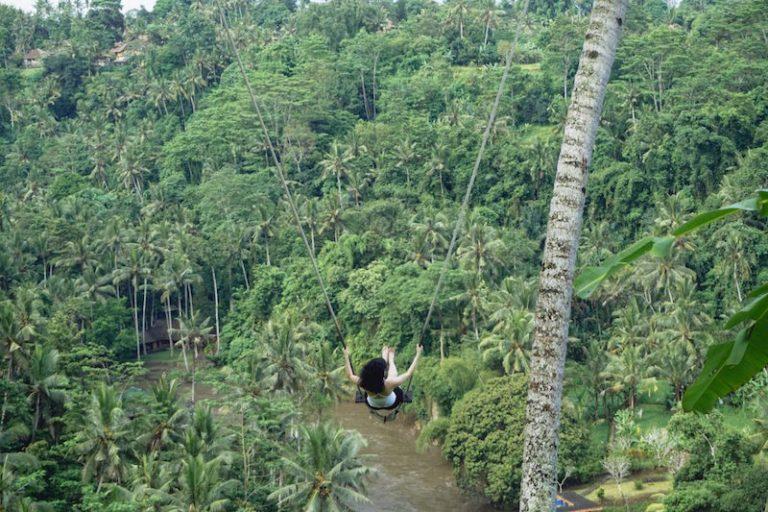 Even sleeping out in the open during the night on my home lawn would be very uncomfortable, not knowing what kind of creature will climb on my face any second. But the thought of sleeping in the open in the middle of exotic, unknown, strange environment with many exotic, unknown, strange creatures, was absolutely appalling. And weirdly amusing. When you know there is no other way than going out of your comfort zone, shut down those wild thoughts and just relax and go with it. Slightly scary. Exciting. Weird. Worrying.

Only one hour drive from the most trendy part of Bali the traffic gets lighter and touristy restaurants and shops are non existent. Soon we reached a calm village, about 30 minutes away from the centre of Ubud. In the last part of the road we were accompanied by rain which was getting heavier by the minute. We stopped at the shop before arriving to the villa to stock up on some exotic fruit (doh!), water and snacks, something for the dinner (Chinese noodles ow yeah!) and something for the breakfast. We reached our beautiful villa in early afternoon and as soon as we entered the place, there was a loud “OH WOW” coming out of our mouths. It was absolutely fabulous – below we could admire the Ayung river with stunning waterfall, ahead we had the view of mountain Agung in the distance and rice fields surrounded with endless palm tress all around. Amazing!

We entered the upper floor first, there was some kind of simple living room, but with no TV – instead there was this amazing view of jungle and instead of home sound system there was an orchestra of colourful birds and other creatures whose home we had a privilege to admire. We took the steps to the lower floor and entered the open concept kitchen with the dining room, there was another smaller room and bathroom. It was still raining and we got quite hungry, so we cut some fruit and made dinner. Once we were full, we noticed the rain had stopped. That meant only one thing – time for the main attraction of this place. A few stairs from the dining room we reached the grass, few more steps to the edge and there it was – the most magnificent swing, attached to the long ropes from the tall palm trees on each side – smiling at us from the very edge of the jungle. At first, the thought of swinging in the open was terrifying, but soon became an obsession we couldn’t get enough of. 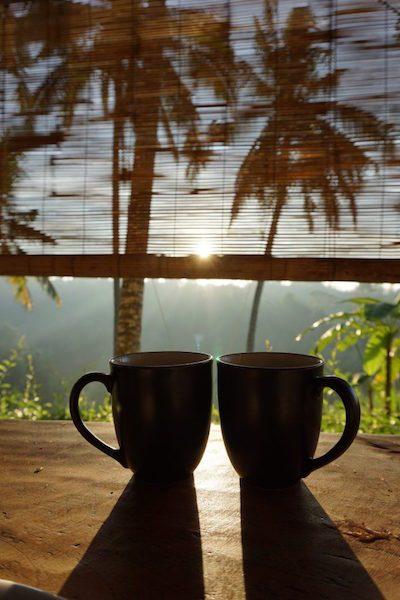 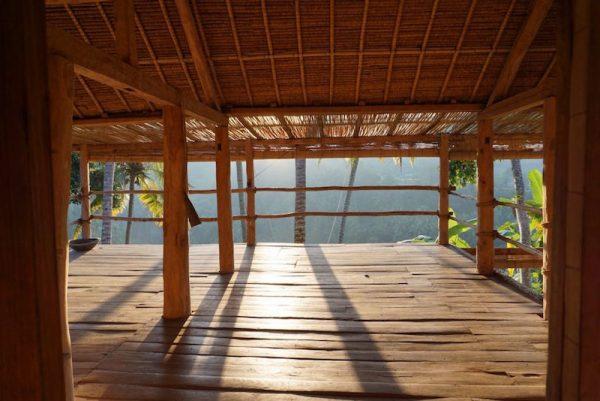 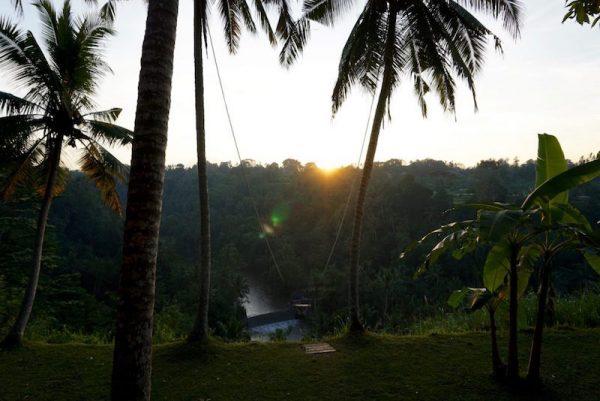 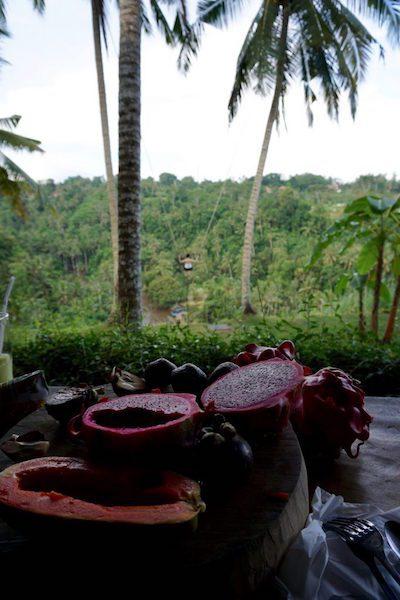 It is hanging in the middle of nowhere, so you have to reach for the rope attached to it and start pulling. One, two, three pulls and you can reach it with your hand. You pull it way back, get in front of it and set it to (so you hope) the most stable part of your bottom. You take few more steps back, you check one more time if the wooden part of the swing is really positioned where it should be, you hold tight with both hands and then – release. Woah! At first you scream – a little bit of fear and a lot of excitement with a pinch of adrenaline and served with a severe obsession – more, more, more! Below there is river, ahead there is waterfall and all around there are palm trees. Really amazing. What an experience!

Once we felt that we had our fair share of the swing, we moved back to our zen villa. My husband found his zen in the hammock and I found it on one of two small, decorative swings by the kitchen counter. We read some, snoozed some, edited photos and just relaxed. Once there was less and less sunlight by the minute, we got a bit worried. The sounds from the jungle were getting louder. A small lizard whizzed by on the kitchen counter. WHAT IS OUT THERE WAITING FOR US? 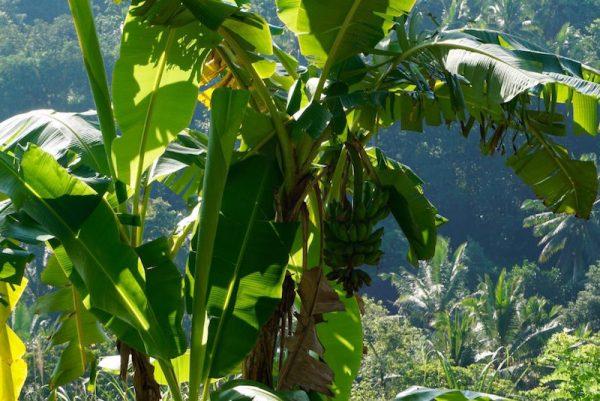 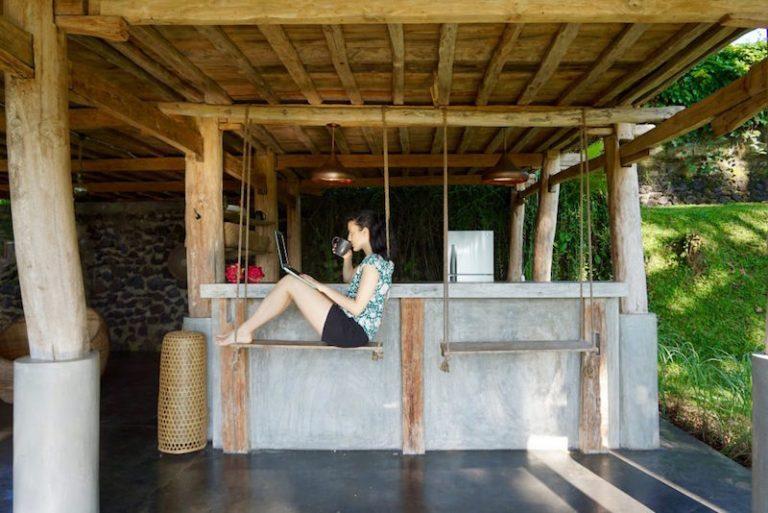 In the end it wasn’t that bad. We slept in the open concept bedroom, but had mosquito net which gave us at least a bit of peace of mind. Once we climbed inside we actually felt like we were camping. We couldn’t fall asleep for a very long time, mostly because we still weren’t accustomed to the local time zone (at home the time was 6h 30min behind so only afternoon yet). Once we finally fell asleep we remembered the words from my grandfather (and an old Slovenian saying): Fear is hollow in its centre, and around it there is nothing.

We woke up into a beautiful morning. We prepared coffee, ate breakfast, swung some more and soon were ready to spent the next night somewhere between four walls.

Thankful and happy for this experience we waved goodbye to the villa and to the swing and to all the creatures in the jungle and were ready for new adventures that were awaiting us. 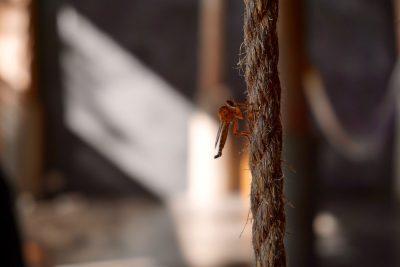 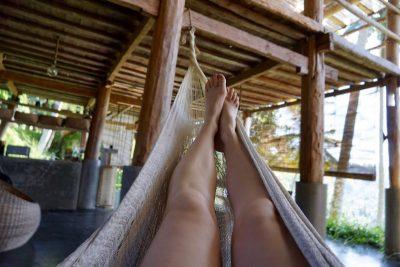 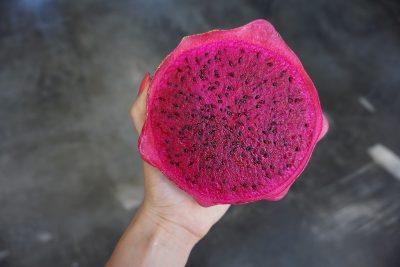 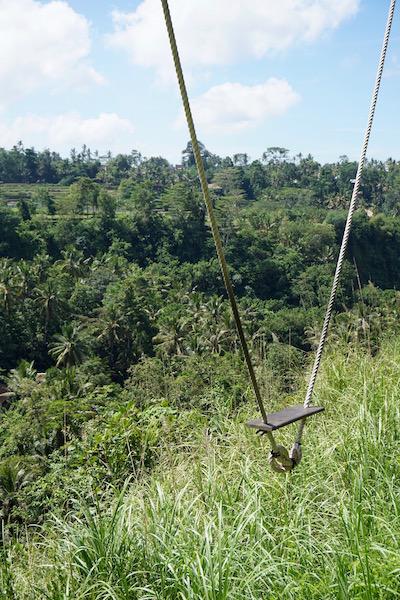